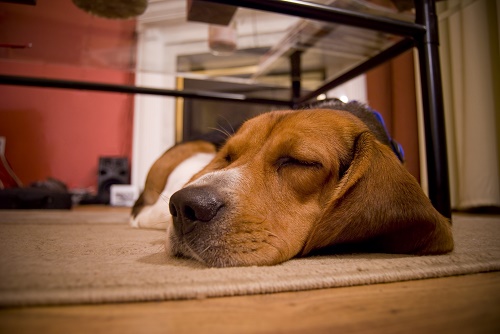 Is your male pet missing testicles?

Cryptorchidism is a condition where the male dog or cat’s testicles have not descended into the scrotum. Descended in this context means that the testicles has come from inside the dog or cat’s belly and are visibly sitting in the ball sack (scrotum).

In the embryo, when the kitten or puppy is being formed in the mother’s womb, the testicles develop inside the puppy or kitten’s abdomen (stomach cavity) behind the kidneys. As the embryo matures, the testicles then move from the inside to the outside of the animal’s abdomen.

Usually both testicles have descended into the scrotum at about ten weeks of age. If they are not in the scrotum by six months, they are unlikely to descend, and the animal should be considered a cryptorchid.

Cryptorchidism is seen in dogs and less commonly in cats.

Research has shown that in unilateral cryptorchids it is more often the right testicle that is undescended.

Clinical examination and palpation (the process the vet will follow to feel through the animal’s body) aid in making a diagnosis of cryptorchidism. Ultrasound is the best way to determine the size and location of the undescended testicle, especially if it is located in the abdomen. Testicles located in the inguinal region can sometimes be felt by the very experienced and trained hand.

Bi-lateral cryptorchids are usually sterile. The reason for this is that the temperature outside in the scrotum is a few degrees lower than inside the body. This higher temperature inside the body is not an ideal situation for the testicle to do its job of producing male hormone and sperm. However even if the testicle is sitting inside the belly of the animal, typical male behaviours like aggression, urine marking and fighting will still be exhibited because these testicles still produce testosterone.

Cryptorchidsm is highly heritable, and is thought to be an X-linked autosomal recessive trait which is a very complicated way of saying it is passed from father to son. Cryptorchid males should therefore not be used for breeding.

Sertoli cell tumours: This tumour show symptoms of swelling/enlargement of the affected testicle (in the abdomen or inguinal region). Up to 50% of these tumours produce oestrogen and the affected dog will show symptoms of hyper-oestrogenism which include: an enlarged prostate gland (see article on prostate disease in the dog), enlarged mammary glands/mammary development, symmetrical hair loss and a low red blood cell count or anaemia. These tumours have a slow rate of spreading or metastasis, but can spread to the abdomen, lungs, thymus and brain.

Seminoma: These tumours also appear as enlargement of the affected testicle, and they are also oestrogen producing.

Cryptorchidsm is less commonly seen in cats but does occur more commonly in pedigreed/purebred cats like the Persian and Himalayan.

Diagnosis is also usually made on clinical examination and palpation. If there is a suspicion of the cat being a bi-lateral cryptorchid, blood tests can be done to check the cat’s testosterone levels or the penis can be extruded and examined. Uncastrated male cats have tiny barbs on the penis.

Surgical castration and removal of both the testicles is the only treatment option for cryporchidism. The surgery is slightly more complicated when the undescended testicle is located inside the abdomin, but usually doesn't require a specialist surgeon.

Aftercare would require keeping your pet’s movement restricted for a day or two post-operatively and many pets require an Elizabethan/Buster collar to prevent them from pulling/licking out their stitches.

Castration ensures the undesirable heritable trait does not get passed on to future generations and also aids in controlling unwanted male behaviour and prevent cancer. If you are unsure about the situation with your dog or cat’s testicles, ask the vet to check it out and make sure both are in the scrotum where they belong, and all is well in this department with your pet. If you yourself have examined your pet and cannot find the testicles in the scrotum, please don’t consider yourself lucky to have saved the cost of neutering your pet. Your dog or cat may be more in need of an operation than you think, and leaving it without having the vet doing a thorough examination will certainly not be in the best interest of your pet’s health in the long run.
© 2018 Vetwebsites – The Code Company Trading (Pty) Ltd
next post →